This “Images of the Past” documentary looks at film history and how South Dakota stories, locations, and people have been featured on film since the first few frames of the 1890s through “Dances With Wolves” to the present day.

Lakota Girls is one of the featured films with an interview with Director Molli Cameron.

To view: South Dakota on Film 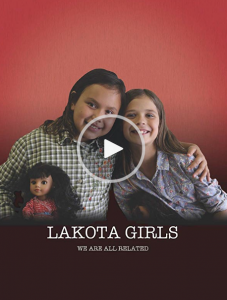 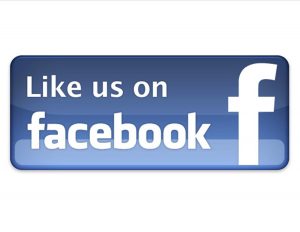 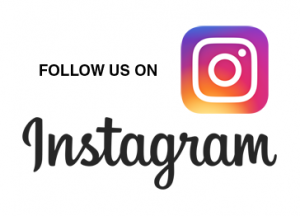 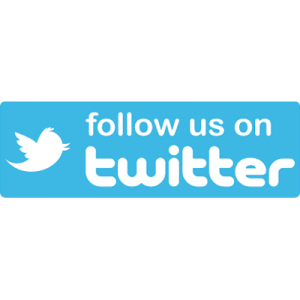 NBC/WRTV Only in Indiana: Film Family 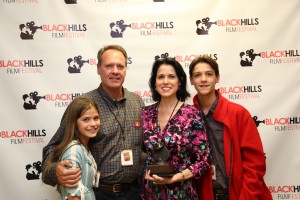 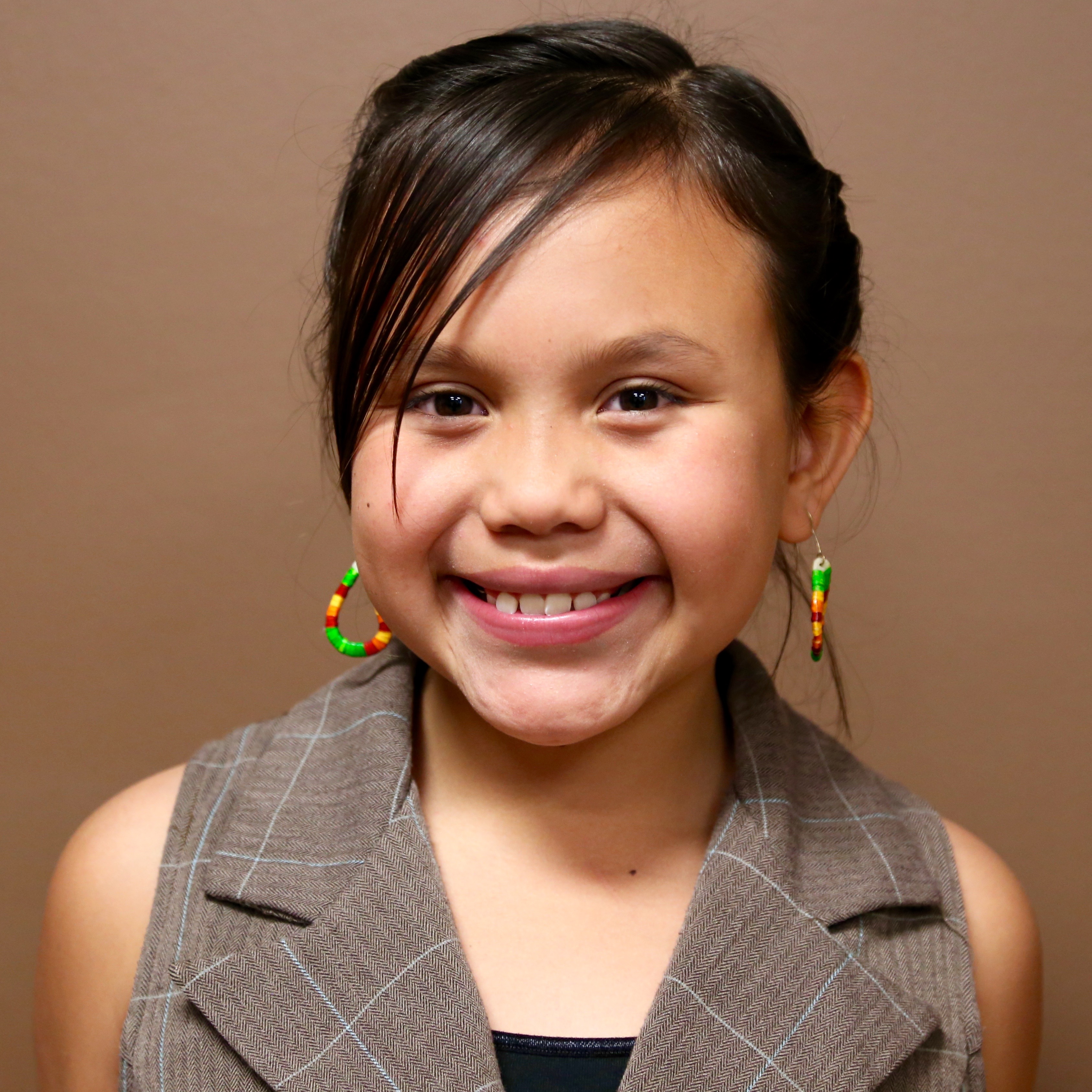 Ohitika is an enrolled member of the Oglala Lakota Sioux tribe from Pine Ridge, South Dakota. She enjoys dancing at pow-wows, as a jingle-dress-dancer, and travels around the country. She has been playing her violin for over a year and jingle-dress-dancing for more than eight years. Ohitika has a younger brother. This is her first film and she has a lead part. 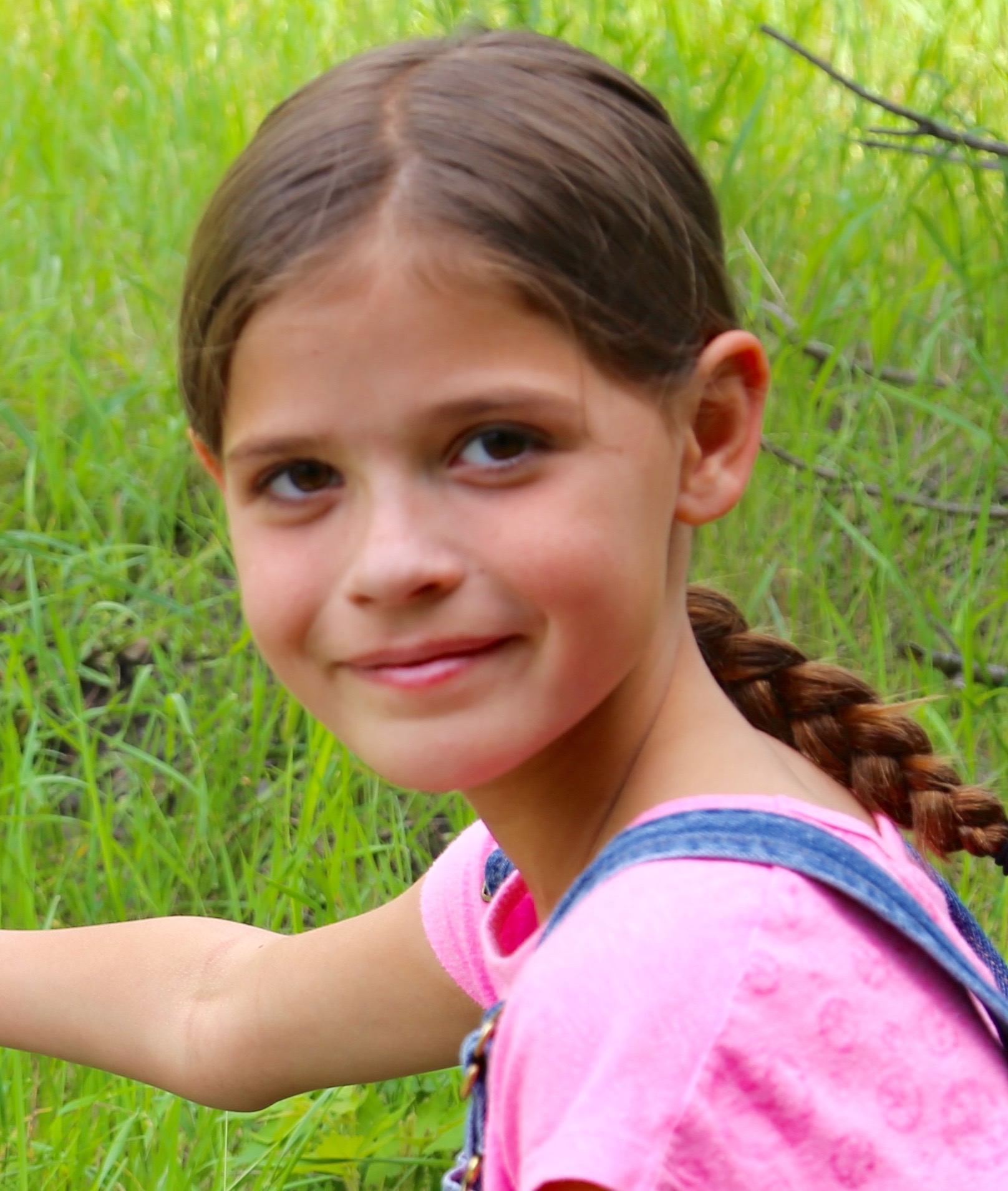 Clara is from Indiana, but loves to spend time at the horse ranch with her family in South Dakota. Her interests are riding horses, reading, writing stories, drawing, singing, sewing, knitting, cross-country, playing basketball and keeping very active. Clara has an older brother. This is her first film and she has a lead part. She participated in the scriptwriting.

Alexa is a professional actor from Indiana. She has starred in several independent films and has a lead role in this film.
Click her photo to see IMDb listing. 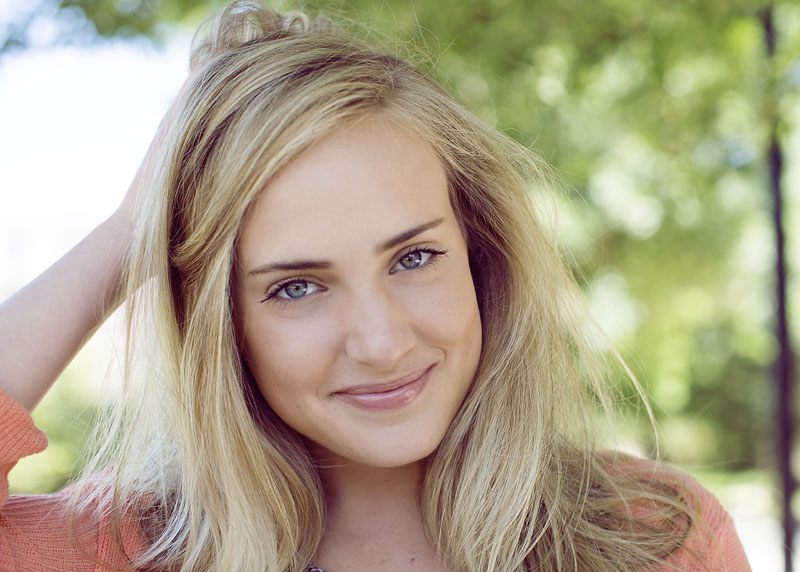 Jessica lives in Indianapolis, Indiana. She is a professional actor and has played the lead in many independent films. Jessica rides horses, sings, plays piano and violin. She has a Bachelor's Degree from IUPUI in Social Sciences and a Family Life Education Certificate.
For over 4 years now, Jessica has been pursuing a career as a full-time actress. Since she was a little girl, she dreamed of using her crazy imagination and love for entertaining to influence, impact, and connect with others through the art of acting. Although not always a clear-cut and easy path, she is thoroughly enjoying the journey and has worked for a plethora of clients and directors in a variety of short films, feature films, commercials, music videos, and more. Within the past year she began working with the wonderful and talented people at GEM Filmworks, a full-service production company, who specialize in the development, production, and packaging of films, television, web-series and industrials. Together they started the Indy Actor Studio, which offers workshops for actors, headshots, one-on-one training, and writer training (to name a few). Jessica values all the amazing individuals who have been involved in helping her grow as an actor and supported her along the way. She looks forward to continuing her growth and welcomes the opportunity for unique and challenging roles along the way. Click her photo to see her IMDb listing. 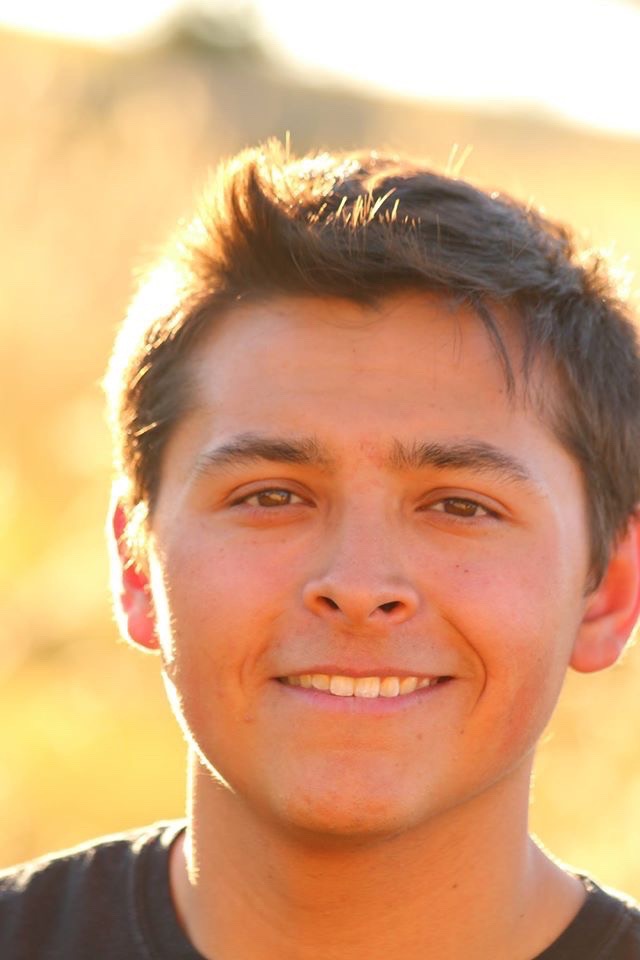 Sam lives in Rapid City, South Dakota with his mom and sister. He is a professional actor. He has performed in theatre, but this is his first feature film. Sam enjoys riding motorcycles.

Jacob llives in Pine Ridge, South Dakota with his family, including his mom, older sister, and niece. He plays basketball, football, baseball and was a rodeo rider. Jacob has a major role in the film, along with his horse, Dirt. He is a first time actor.

Barry Le Beau is a South Dakota actor who has extensive stage credits with theatre companies from Minneapolis to Los Angeles. His film credits include Yes, I Am Not Iktomi, Dust of War, and Lakota Girls. Before moving to the front of the camera, Barry worked on crews for films and television commercials. As a voice actor Barry has done voice-overs for the award-winning short film Ghost Dance, and features America's Great Indian Nations and America's Great Indian Leaders, and educational infomercials. Barry Le Beau is represented by Jennie Saks, NASS Talent Management, Bozeman, MT. 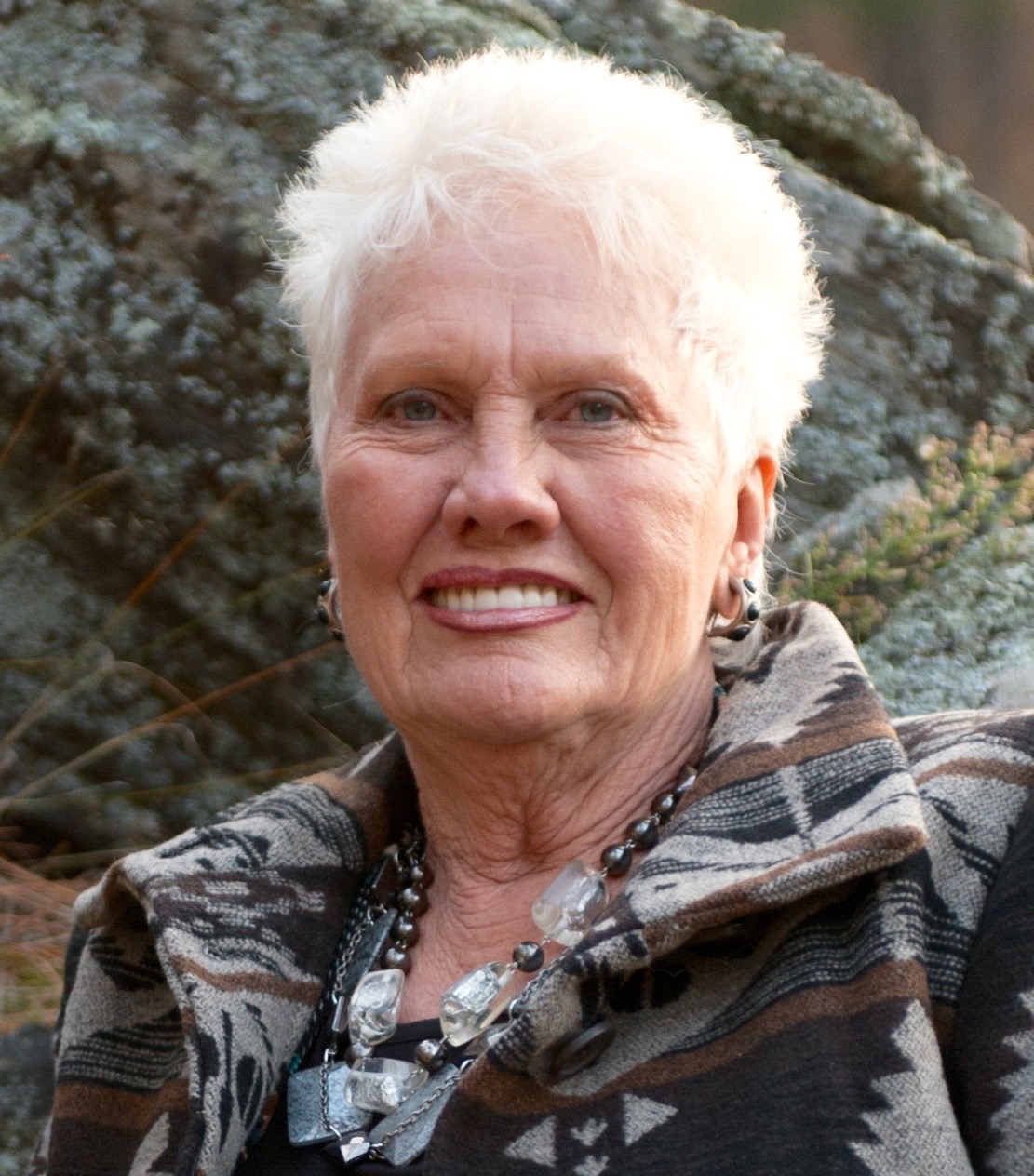 Ilona lives in South Dakota on a horse ranch. She breeds horses and dogs, and enjoys life in the Black Hills. Ilona has four sons, a daughter and nine grandchildren. She is a first time actor in this film. 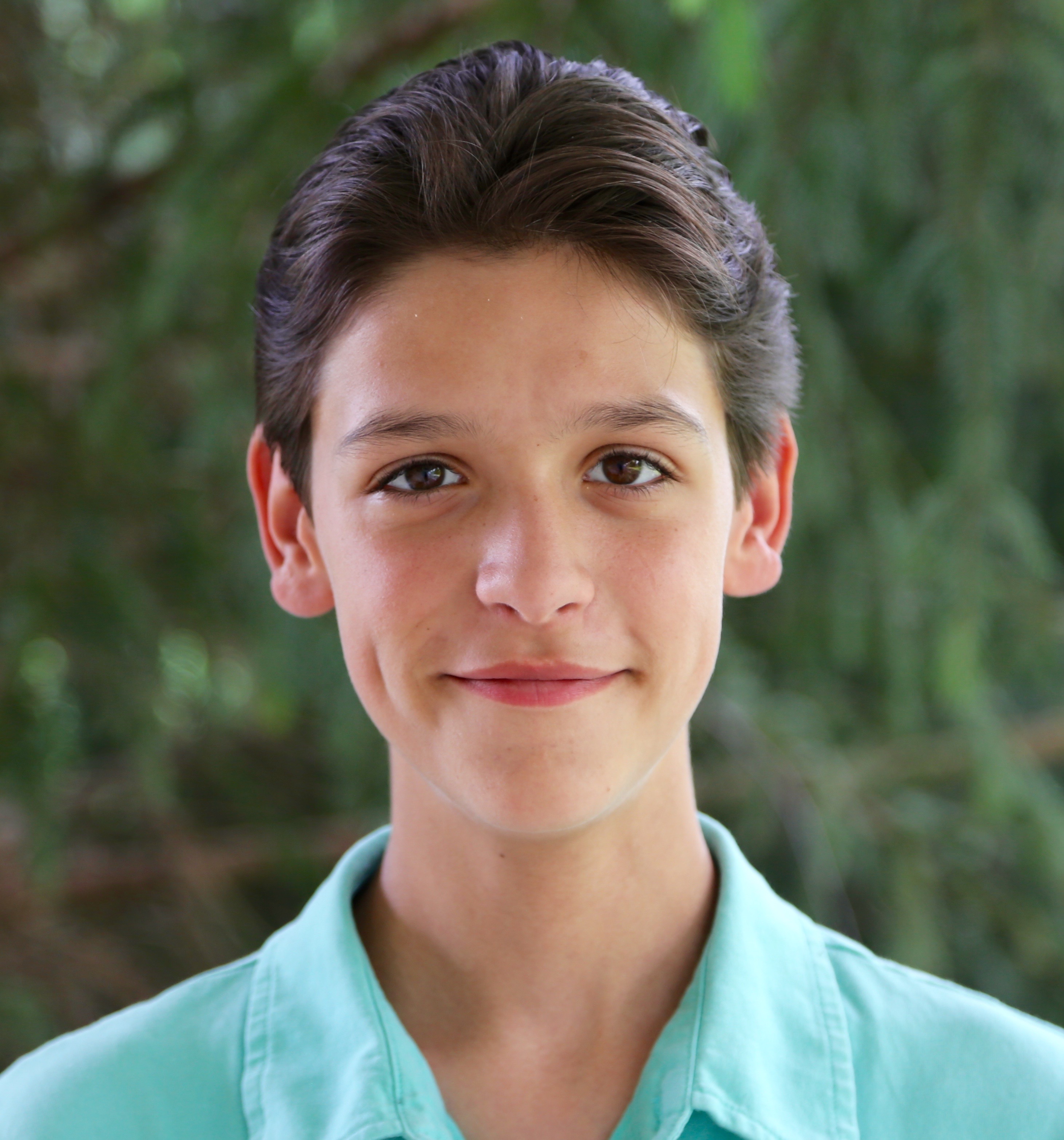 Cavan lives in Indiana with his parents and younger sister. He loves to play building games and watch videos about science and history. Cavan swims on his school team and is a member of the speech team. He is a first time actor in this film and helped with production. 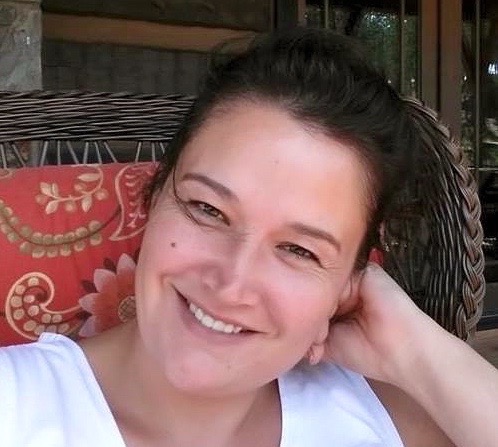 Emma lives in Pine Ridge, South Dakota. She has a daughter, son, and granddaughter. Emma acted in high school, but this is her first feature film.

Marvin lives in the Rapid City area in South Dakota with his wife and son. He is an experienced horseback rider and has done public speaking. Marvin is originally from Montana. This is his first role in a feature film.

Wynona is an experienced horse-back rider and performer of Native songs. She comes from a large family. Wynona is a first- time actor in the film. 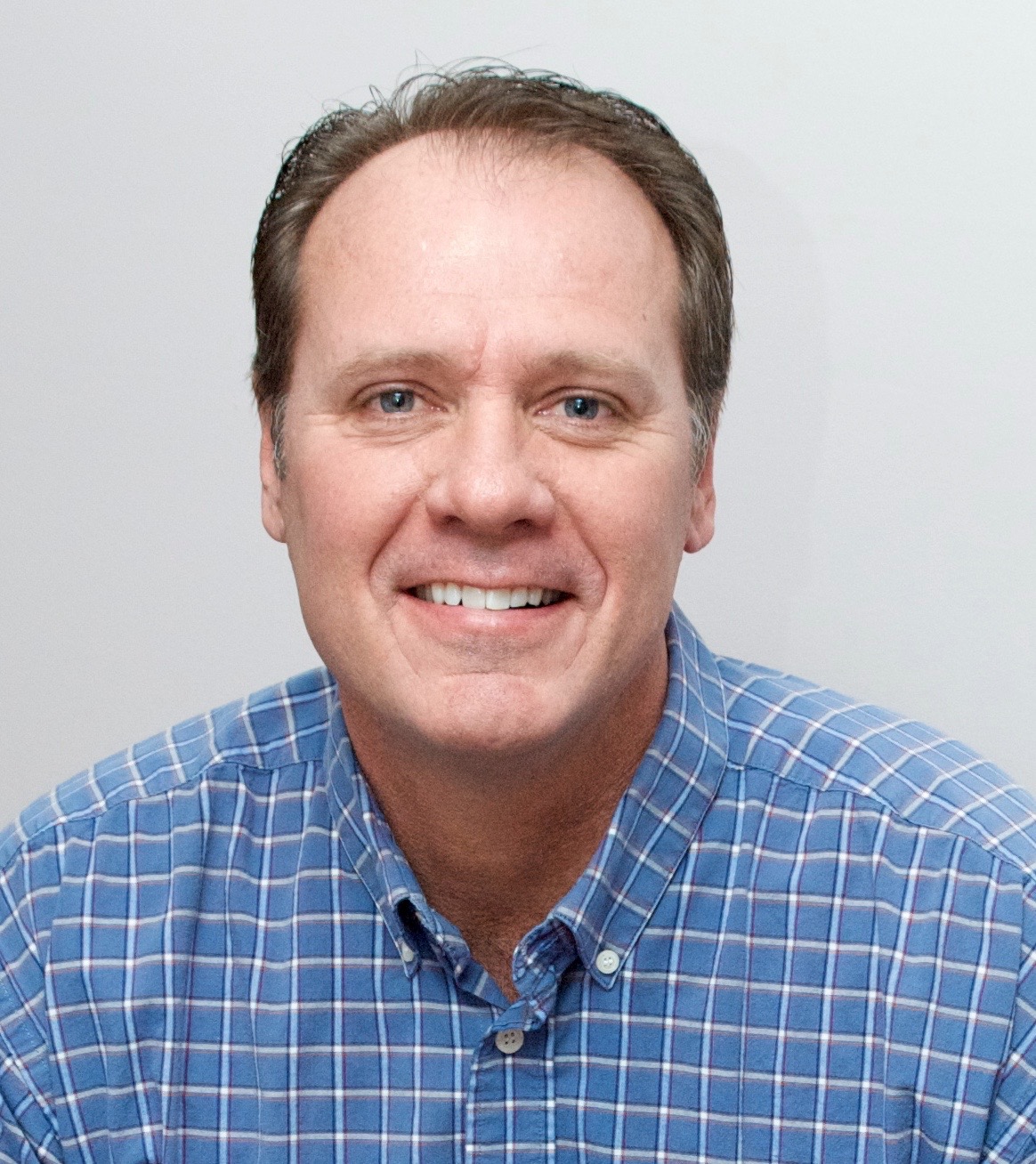 Russell lives in Indiana with his wife, son, and daughter. He worked in motor sports for over twenty years and restores vintage cars now. Russell grew up in the Black Hills of South Dakota and returns there to stay at the family horse ranch. He is a first time DP and actor in this film. 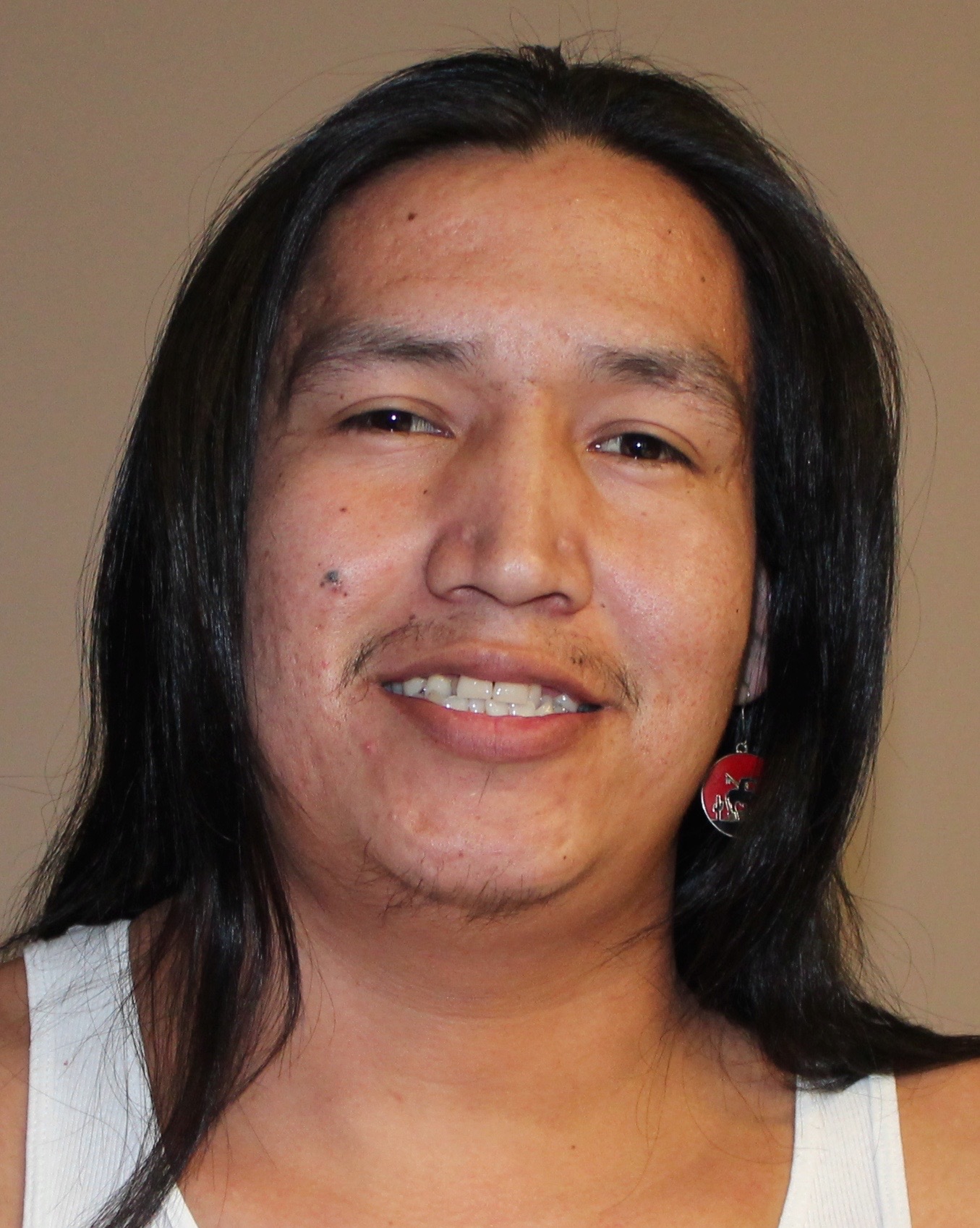 Perry lives with his wife and son in Rapid City, South Dakota. He has two daughters. He is an experienced horse-back rider and has participated in archery. He is a first time actor in this film. 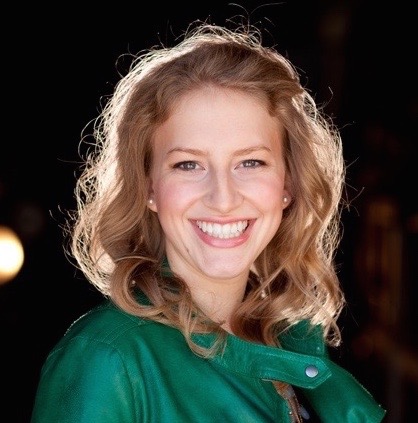 Carrie is a performing arts professional and graduated with a Bachelors Degree from Indiana University in Theatre and Drama with a Dance Minor. She is from Carmel, Indiana where she lived with her parents and two brothers. She is currently living and working in New York City. Carrie has acting and theatre experience, and is an experienced singer and plays the piano. 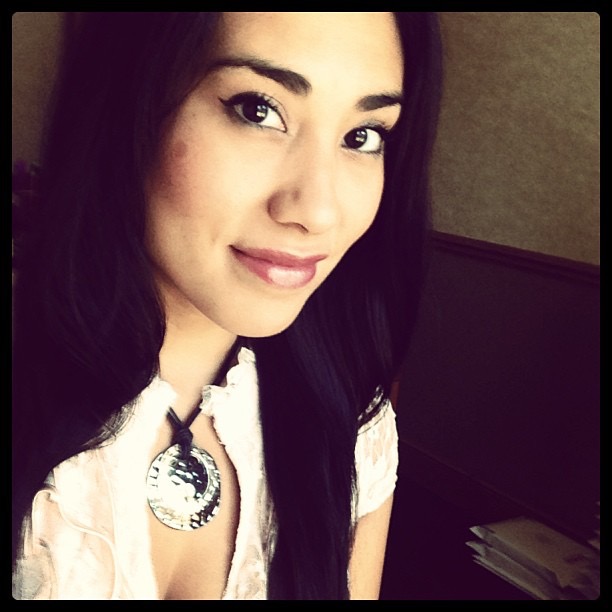 Charise lives in Rapid City, South Dakota and has one son. She does Graphic Arts at the Native Sun News. Charise is a volunteer board member of the American Red Cross Black Hills Chapter. She is into fitness and the martial arts. Charise is a first time actor in this film.

Scott lives in Custer, South Dakota and owns a construction business. He has a son and a daughter. Scott also runs the 1881 Bank Coffee House in a historic building in Custer. This is his first role in a film. 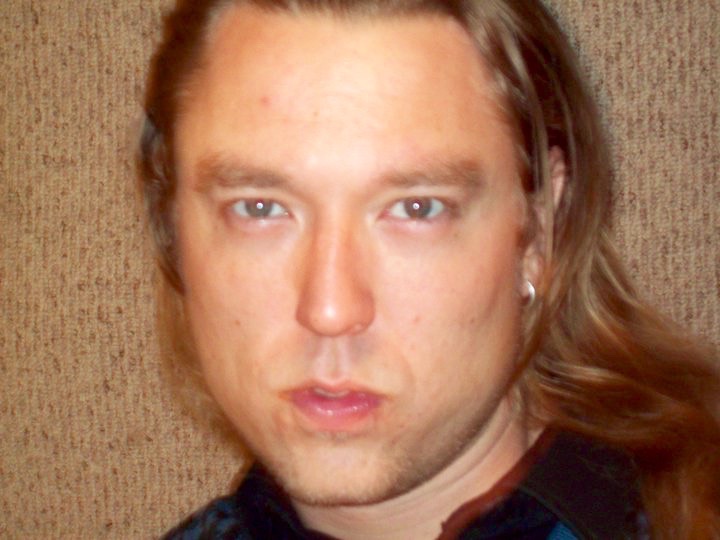 Sequoia lives and works in Rapid City, South Dakota and has three children. He is an enrolled member of the Cheyenne River Sioux Tribe, and a descendent of Chief War Eagle and Chief Swift Cloud. He is an accomplished musician, grass dancer and historian, and his handmade flutes and musical recordings uphold the traditions of his Lakota ancestors. Much of his music is a fusion of hip-hop, rock, and lyrics about Indian heritage and contemporary life. Wagnuka Olowan (Woodpecker Song), his first album, highlights the Native American flute and it's connection with nature, and is a mix of contemporary and traditional sounds. He studied at Oglala Lakota. Sequoia is the lead singer, guitarist, song writer at Sequoia the Modern Day Warrior and Letta People the Band and Cultural Relations Advisor at the Children's Home Society and Family Services. His CD is featured in the film.

Wakinyan lives in the Rapid City area in South Dakota with his mom and brothers. He speaks some Lakota and is a first time actor in this film. 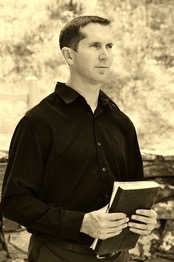 Barry lives in Rapid City, South Dakota with his wife and three children. He is a helicopter pilot for the South Dakota National Guard and a former Deputy Sheriff in Pennington County. Barry is wedding officiant for Black Hills Casual Weddings. This is his first role in a film. 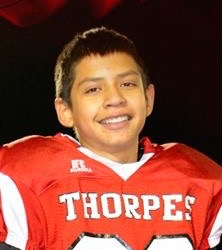 Joseph attends Pine Ridge High School in South Dakota. He plays football and basketball. He is a first time actor in the film.

Marshall lives in Rapid City, South Dakota with is wife and three daughters. He is a Museum Aid at Sioux Indian Museum, and studied at the UXO program at Texas A & M University. Marshall has previous acting experience.

Bob is a teacher at Pine Ridge High School and a rodeo coach. This is his first acting job. 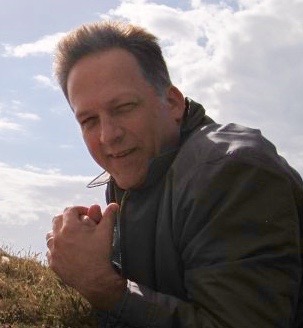 Mike lives in Indiana and is married with three daughters and one son. He works in computer programming and is a first time actor in the film.

Chris lives in Indiana with her husband and has three daughters and a son. She is an RN and homeschooled all of her children. Chris rug hooks and knits in her spare time. She is a first time actor in the film.

Shawn lives in South Dakota and owns Windance Farms in Custer. She trains riders and horses to show. This is the first time Shawn has acted in a film. 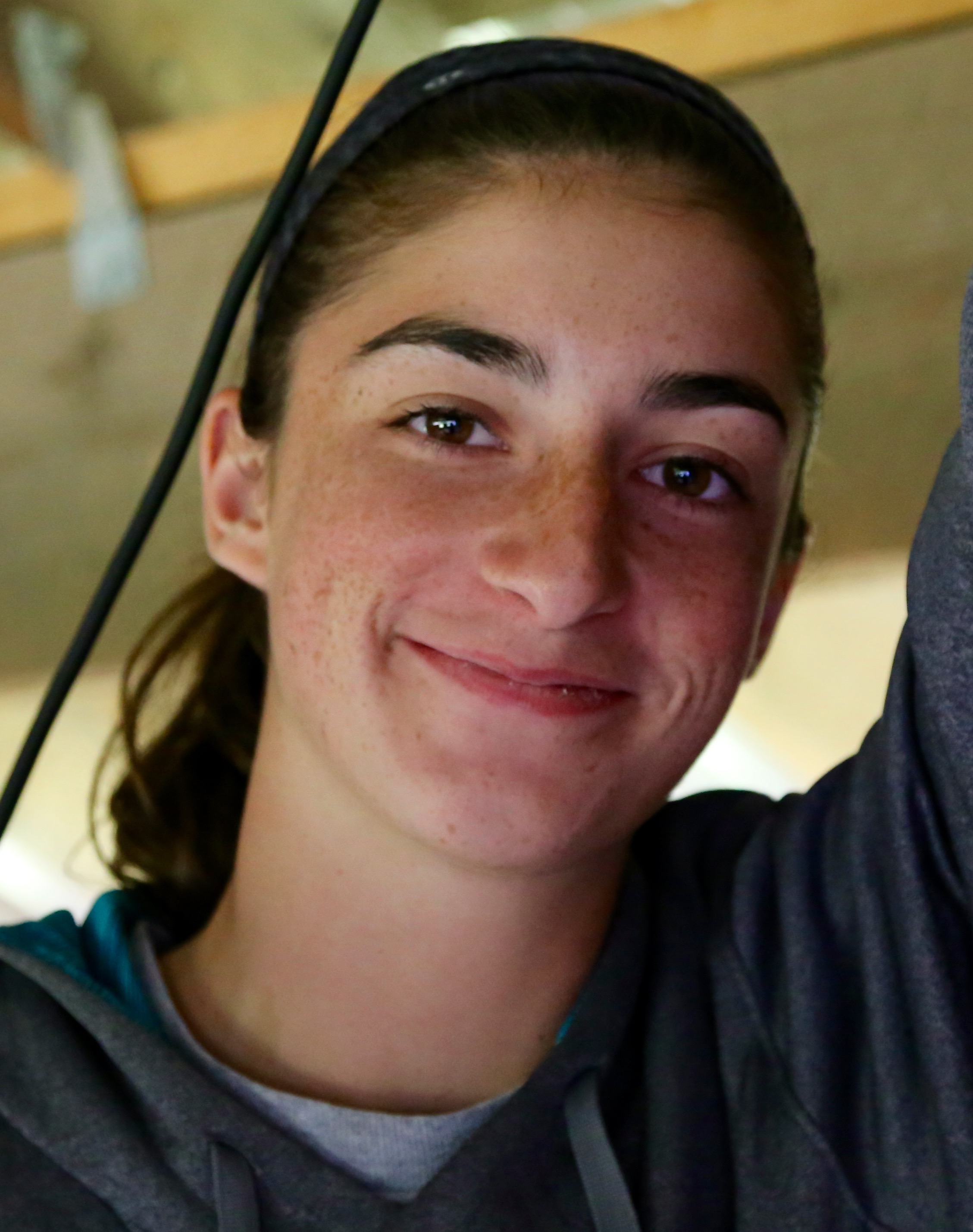 Sydney lives in Indiana with her parents and older brother. She is an avid soccer player. This is the first time Sydney has worked on a production crew and is a first time actor. 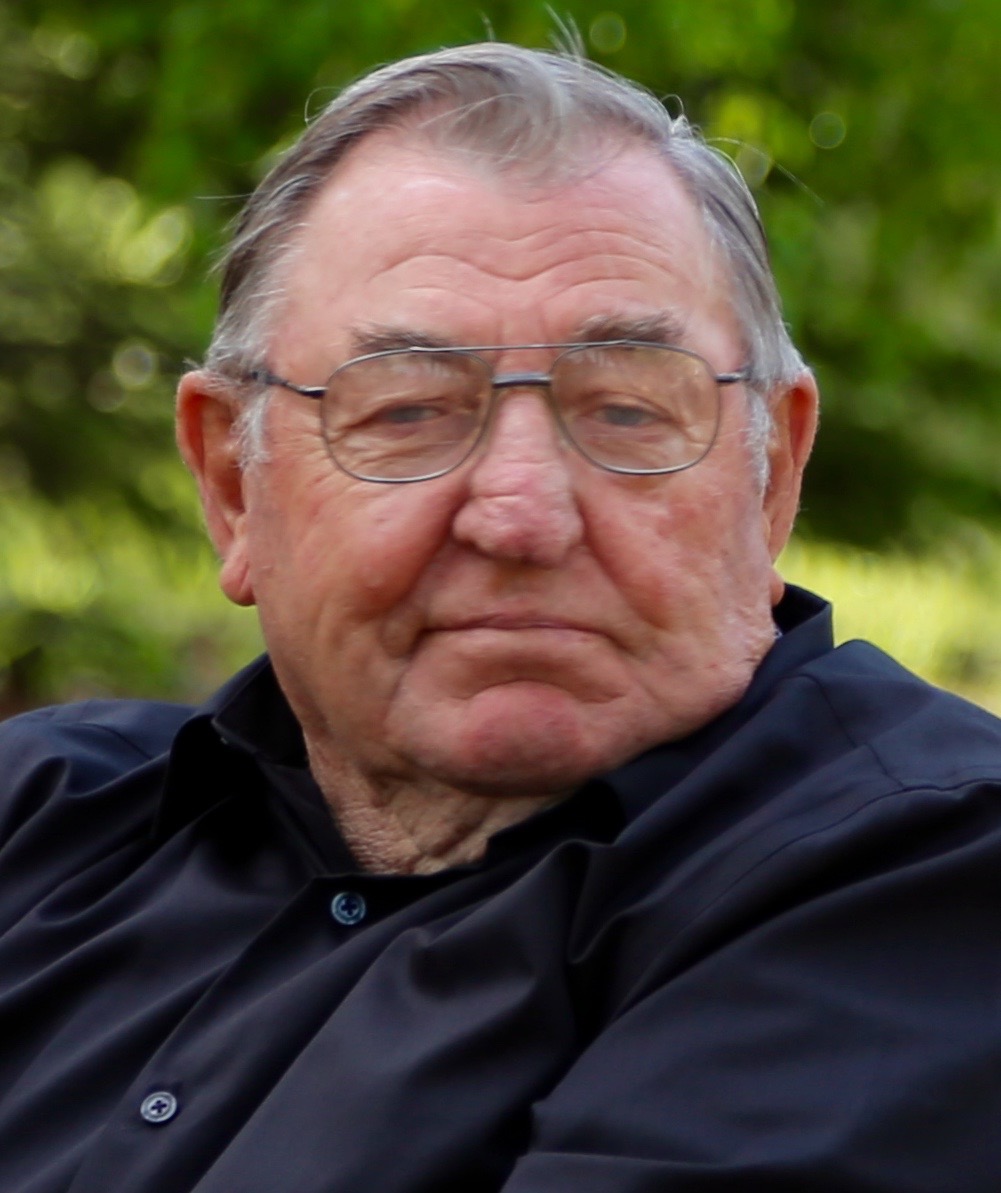 Walter lives in Spearfish, South Dakota. This is the first time he has acted in a film.

Elisha lives with his mother and father in South Dakota. He is very talkative and loves to see horses. 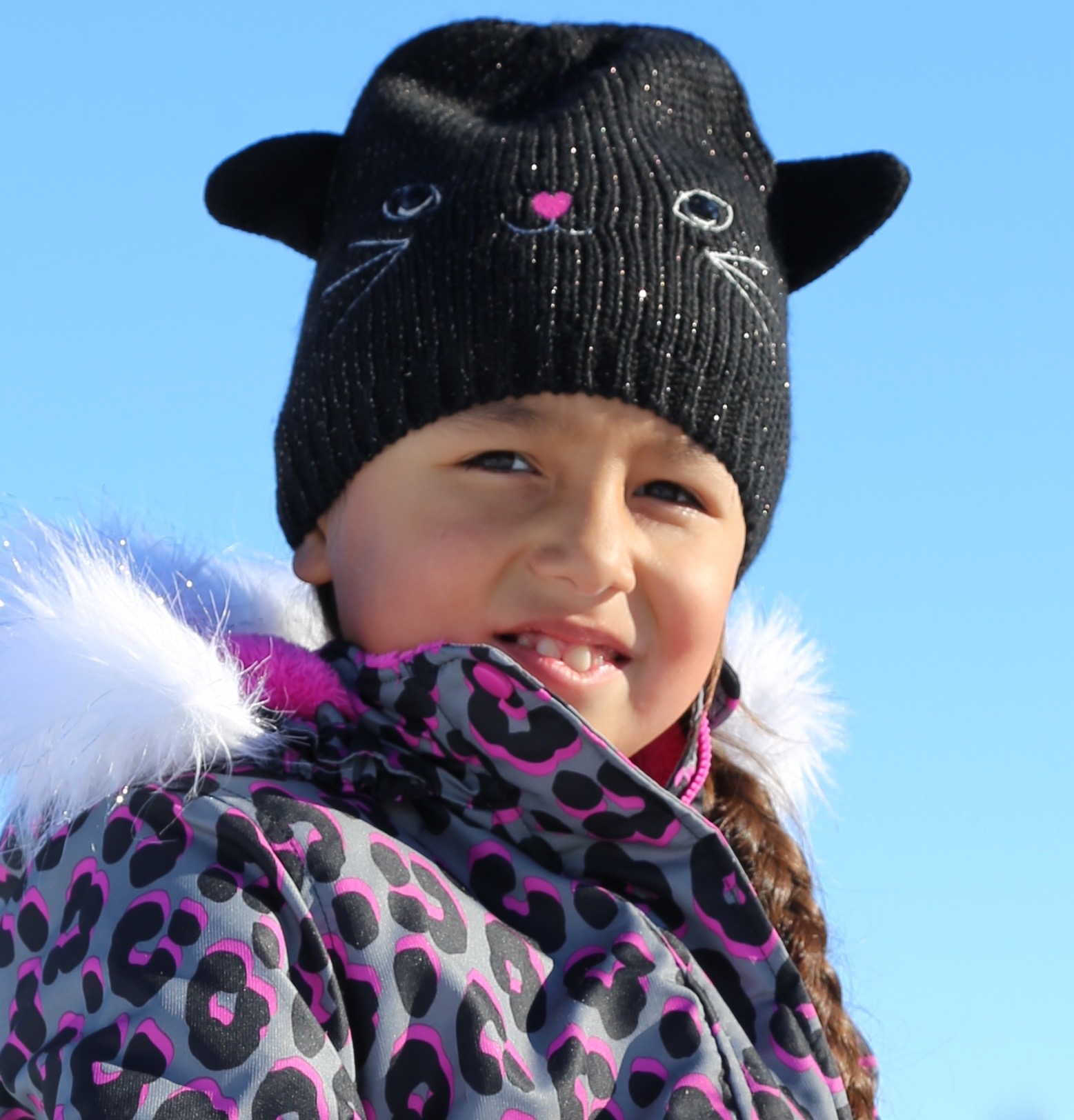 Timarie lives Oglala, South Dakota. She is a first time actor in this film. 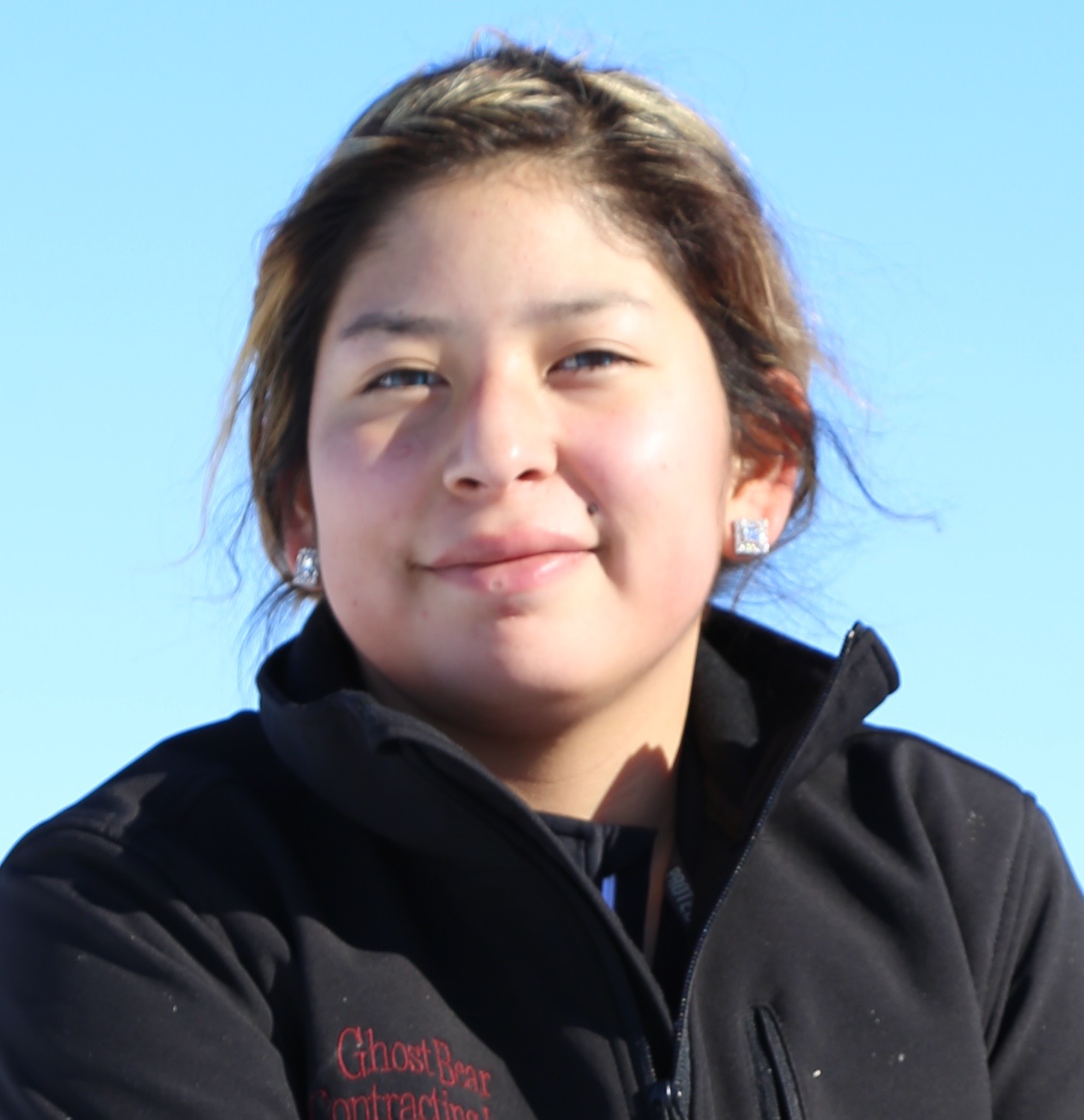 Alexis live in Pine Ridge, South Dakota. She is a first time actor in this film.

Leannah lives in Pine Ridge, South Dakota. This is her first time to act in a film.

Mahto lives in Rapid City, South Dakota with him mom and older sister. He sings, dances in pow-wows, and knows some sign language. This is his first acting job. 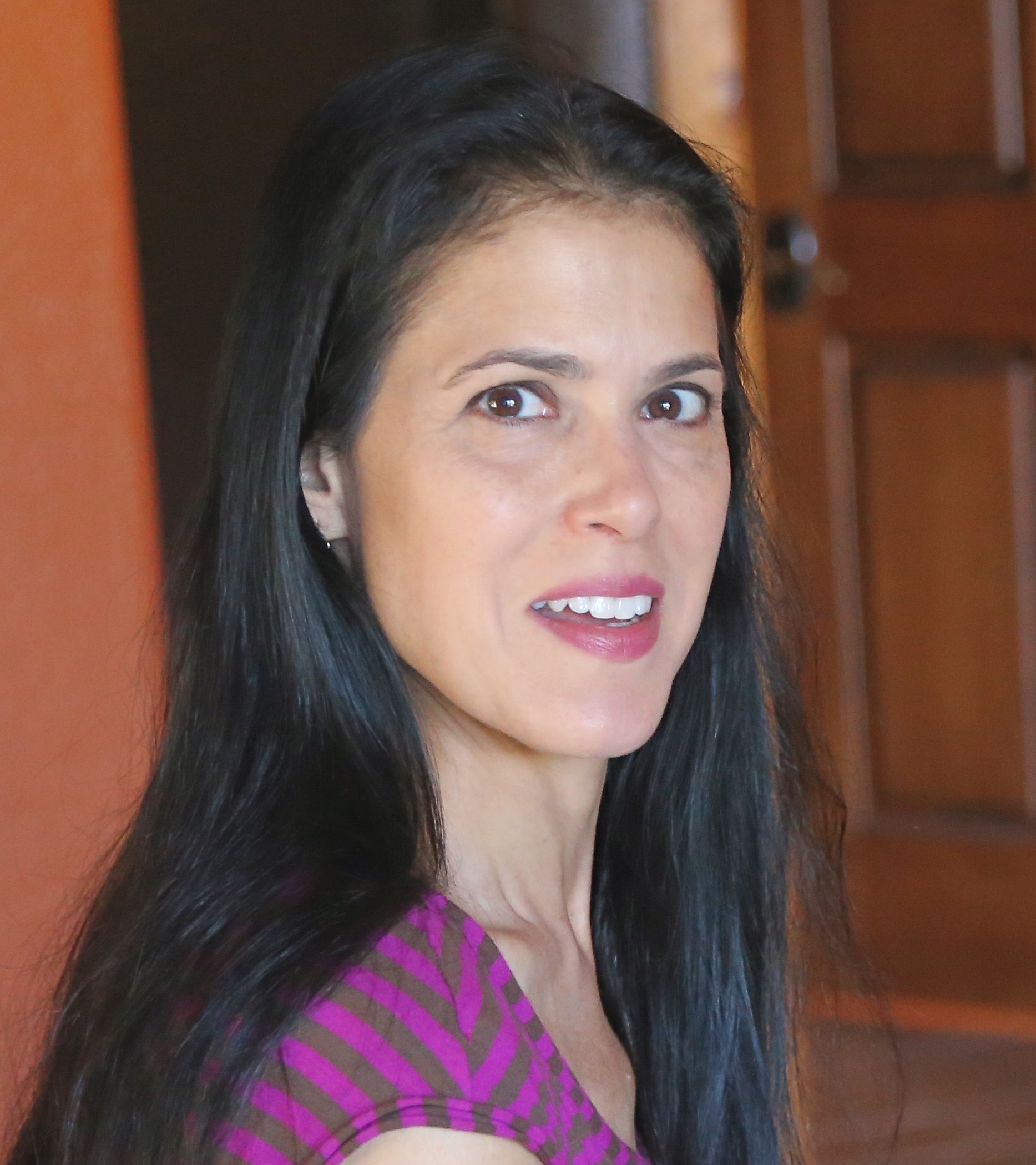 Molli lives in Indiana with her husband, son, and daughter. She has a BS in Business/Marketing from Indiana University Bloomington. Molli has a secondary teaching degree in Social Studies in U.S History, World History, Government, Economics, and Sociology. She owned an award-winning yarn shop for nine years in Indiana. Molli loves to travel the world, read, write, knit, sew, photography, and spend time with her family. This is her first feature script and was inspired by her great-grandmother's life in South Dakota and her daughter's love of the Blacks Hills today. 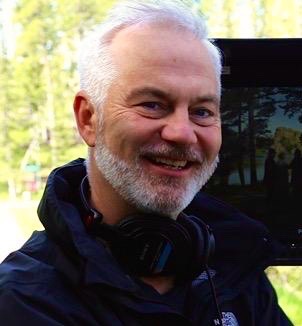 Jim lives in Minneapolis, Minnesota with his wife and travels the world working in video production. He works at Blue Earth Pictures, Inc. and is a key member of the production team for Lakota Girls. Jim set up the computers, trained the fellow DP and crew, and provided guidance in post-production. 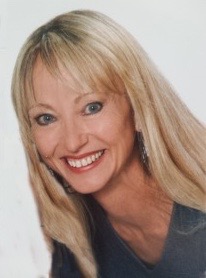 A South Dakota Native, Wendee has always been active in the Performing Arts. She studied Vocal Music and Piano at Black HIlls State University and performed on stage at their Theatre Department and at the Matthews Opera House in Spearfish SD. A Professional Make-up Artist, she has used her skills on QVC, National TV Commercials, Theatre and for Rock Bands. Returning to acting, she has been seen in local and regional commercials. In 2013, she opened 'Babydoefilms', a film company. Here, she writes, directs and produces her own independent movies. She enjoyed sharing her talents and learning from the professionals on the Lakota Girls Movie project. 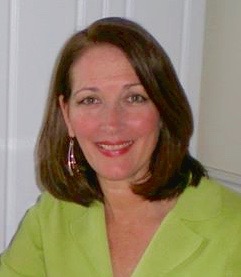 Textile Artist Peggy Latta, owner of Heirloom Textile Art, was chosen to create Emylon's wedding gown for the film.  Peggy is well known for her work as a dressmaker, designer and replicator of full size gowns and 1/6 scale miniatures.  Working closely with the producer, Emylon's airy summer wedding gown (circa 1910) came to life.  Peggy makes a cameo appearance in Lakota Girls...as the dressmaker! 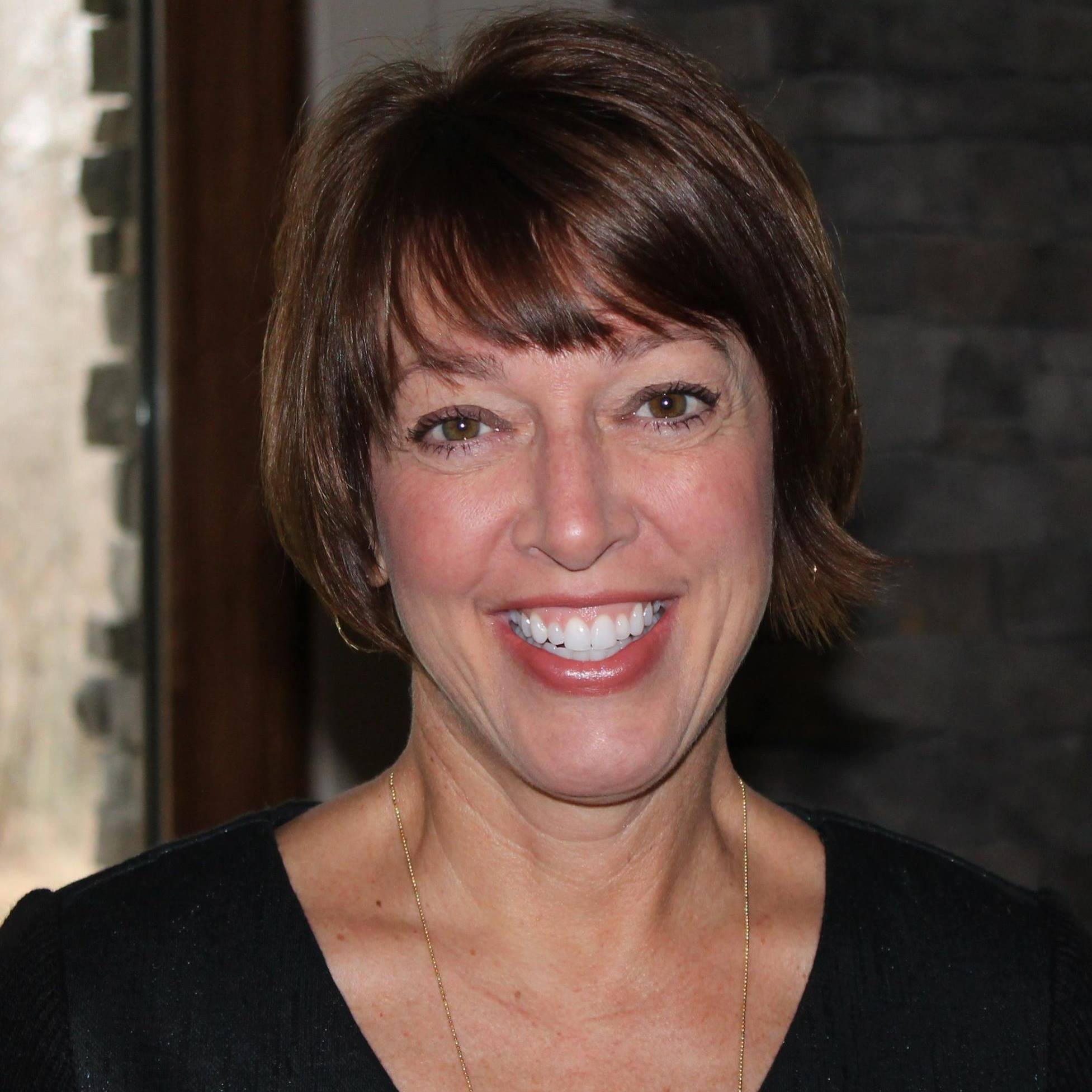 Tanya Irelan lives in Columbus, OH. She is an independent event coordinator and wedding planner. Her organization skills were utilized when she traveled with the film team to South Dakota to assist with casting.